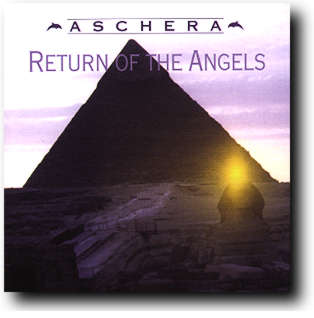 As ancient legends promise, mankind will once be able to see the truth about the pyramids and the sphinx again, and people will find the sphinx on other planets as well. And then, but only then, the angels will return to mother earth.

They were always there, of course, but unvisible for most people. But once the angels will become visible again, they will show mankind how to live in love, joy, harmony and with respect for all forms of life on our planet.

And all of them shall lovingly live and communicate with each other again. All people and all other living things will have one common language: a paradise of telepathy.

Many thanks to all my friends of the light and love, and to all my teachers. 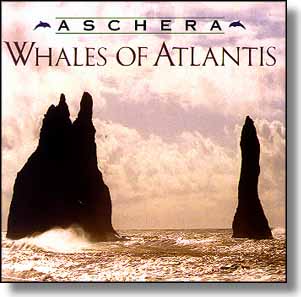 “My guitar is my voice, which sings out to the world and appeals to all people to take good care of themselves, all beings on our planet and of Mother Earth.”

These simple words by 40 year old composer and Reiki master Ronald Hoth, who as a musician calls himself ASCHERA, excellently describe the relaxing and uplifting effect of the eleven tunes from his debut album “Whales Of Atlantis” on the listener.

As creative partner of stars such as Chris Norman, Udo Lindenberg, Nina Hagen, Suzi Quatro or Milva, and headmaster of a music school, ASCHERA has learned his musician’s craft starting from the bottom. But the experienced guitarist didn’t find his real musical fulfilment until he overcame a long serious illness and regained his zest for life through his studies of the ancient Asiatic medicinal art of REIKI*.

This experience gave ASCHERA’s musical work its direction. “One of the keys to one’s inner self and a more harmonic life are the emotions – sentiments such as joy, compassion, love and tenderness. To me, music is the best way to express these feelings. I love music that touches the emotions, awakens desires and is simply beautiful and harmonic”, he describes not only his musical taste, but his calling. Exactly this kind of music ASCHERA offers on “Whales Of Atlantis”: atmospheric, wonderfully melodious guitar instrumentals, which are based on the soft melodic rock of the Seventies as well as on the New Age music of the Nineties.

There are also programmatic aspects to this CD: “I love all beings on this planet, but dolphins and whales have shaken my sadness and desires more than anything or anyone else”, ASCHERA confesses – hence the album’s title. No matter, whether ASCHERA describes in a piece of music the mystic seventh celestial direction of the Australian aborigines or follows dolphins and whales – the guitar is always his tool of choice: “It has always been easier for me to make a confession of love through the swinging of a string than through my vocal chords.”