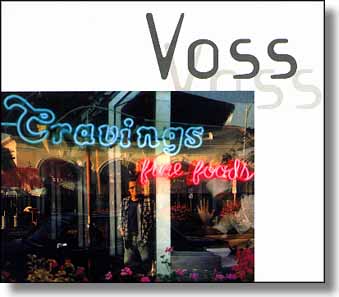 After many years of experience composing and recording a variety of music styles VOSS and his producer Dirk Busch decided to put out more than just another guitar album to the instrumental music scene. The guitar style of VOSS has been forged by diverse influences, like Mark Knopfler, George Benson, Eric Clapton, Robben Ford, Ry Cooder, Larry Carlton to name but a few.

Every note played is filled with soul, taste and emotion and every melody tells a story of where you are, where you’ve been and where you’re going to. There is much more to this music than show of riffs and bravado: With this music you can relax – you are In safe hands!

So take your seat on a journey which takes you from tasteful ballads through catchy vocal tunes to a really slick version of Guantanamera. All this in the safe hands of VOSS accompanied by the cream of LA and European musicians.

Whilst still studying at the Konservatorium Bremen and the Musikhochschule Hamburg VOSS was at the tender age of 17 already getting studio work at radio stations in Northern Germany. Today VOSS is a much sought after guitar player both in the studio and on stage with major international recording artists such as Dionne Warwick, Bonnie Tyler, Errol Brown as well as the Rundfunksinfonieorchester des NDR and a great many renowned German artists.

Although popular and classical music take up most of his professional time VOSS has always managed to fit in – what for him has become an essential vent for creativity – Instrumental Music. With a number of highly regarded instrumental projects behind him (CODERA, DECEBAL BADILA, CHRISTOPHER DEAN) VOSS has now taken the challenge to release his first solo album.